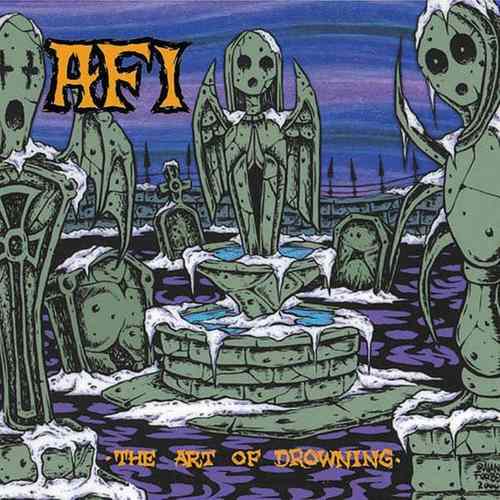 AFI - The Art Of Drowning LP

Label: Nitro Formed in Ukiah, CA circa 1991, punk band AFI honed its sound during its tenure with Nitro Records, making their label debut with 1996's Very Proud of Ya followed by Answer That and Stay Fashionable (re-release, 1997), and Shut Your Mouth And Open Your Eyes in 1997. 2000's The Art of Drowning is AFI's fifth full-length effort and final release for longtime label home Nitro Records Punk rawkers AFI exude another powerful disposition on their fifth album, The Art of Drowning. Issued on Dexter Holland's Nitro Records, AFI's quick and haughty, spiraling guitar riffs and crashing percussion make for another mishmash for single-fisted anthems for punk revivalists and enigmatic pop kids raging against the machine. Building on the momentum of their mainstream breakthrough with Black Sails In The Sunset, AFI offers up more energetic and anthemic hardcore punk while hinting at the post-hardcore and alternative influences they would begin to implement on their subsequent major label debut Sing the Sorrow.