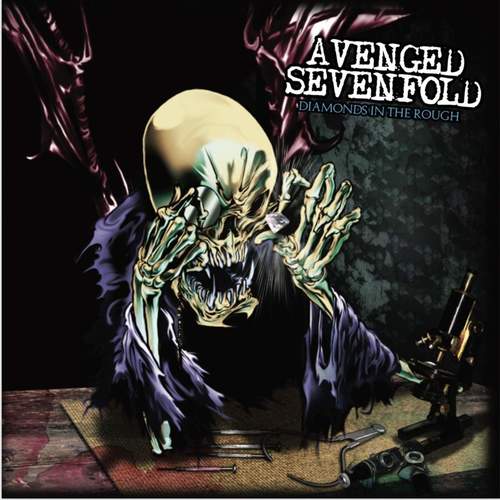 Four years since The Stage, Avenged Sevenfold's old-new album contains three covers, two bonus tracks and one previously unreleased track. The whole of it is, simply put, bangers front-to-back. It always has been, but with the remastered versions of the songs, it’s clearer than ever. Literally. When listening back to it, you can easily depict that the band was in the process of recording and producing their own album for the first time, and experimenting on how to establish their own sound without anyone else’s control over them. Their latest album, ‘The Stage’ was a quite polarising piece and split their fanbase apart in more than one way as they explored new and more progressive sounds. This re-issue truly works as a strong reminder of the outrageous amount of talent that’s spread across the band, and showcases Avenged Sevenfold at their very best, including what they can do with their favourite bands’ songs, such as Pantera‘s ‘Walk’ and Black Sabbath‘s ‘Paranoid’. ‘Diamonds In The Rough’ should be your number one recommendation to anyone for their first dive into the world of A7X. NATIONAL, THE - Trouble Will Find Me 2xLP