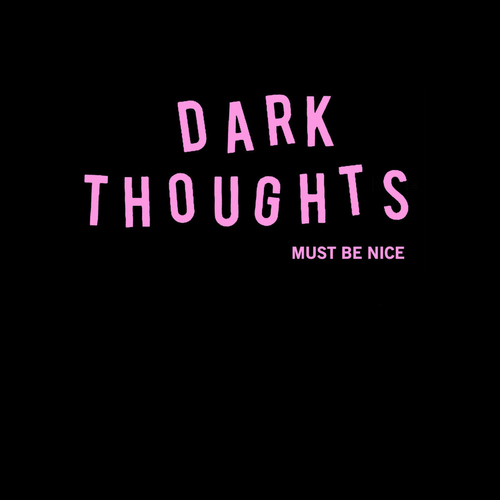 DARK THOUGHTS - Must Be Nice LP

Label: Drunken Sailor Records “You only get worse,” goes the first line on Dark Thoughts’ third album, but while they might be correct about your personal decline, this West Philly trio are quite evidently better than ever. Hot on the heels of 2018’s At Work LP – 18 months later, to be precise – this new collection sees the band at their wilfully-dumb-but-smarter-than-u best, knocking out Ramonescore nuggets of the purest gold as if their lives depended on it. Whether imploring you to ‘listen to the radio’ or simply ‘please don’t leave me alone’, Jim Shomo’s voice remains the perfect balance of snot-drenched sneer and wounded croon, while the band lock into their fast’n’furious groove to frame his lovelorn melodies with the correct amount of muscle, and maybe they’ll even pour a few beers directly into their amps while they’re at it. Sure, they retain the sound that powered those first two albums, but they know what they’re doing – if it ain’t broke, don’t fix it; if you’re broke, write a 90-second punk banger about it with an irresistible melody and play it as loud as possible. As if to prove that fact, synth-splashed closer Must Be Nice shows they might even have written their best cut yet. Getting back to that first song, Hesitate, Shomo goes on to say: “I’ve seen the future / It looks so much brighter than it used to.” On the basis of Be Nice, it’s difficult to argue with that assessment: this is the perfect synthesis of pop and punk and a welcome reminder that your 70s heroes just wanted to recreate the unforgettable 45s they heard on the radio as kids. The 12 songs here may be destined for your turntable rather than the wireless, but you’ll treasure ‘em every bit as much. Another classic from a band that just doesn’t know how to stop writing ‘em – Dark Thoughts forever. Will Fitzpatrick. 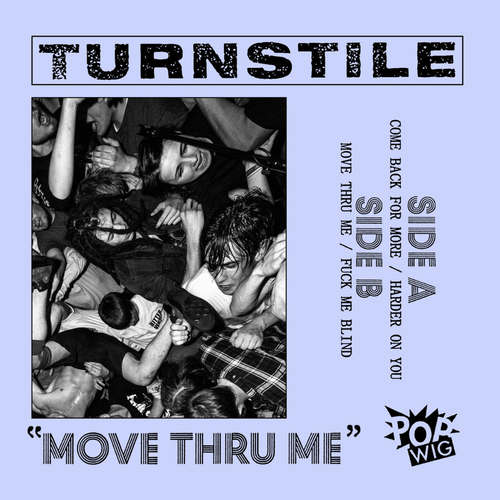