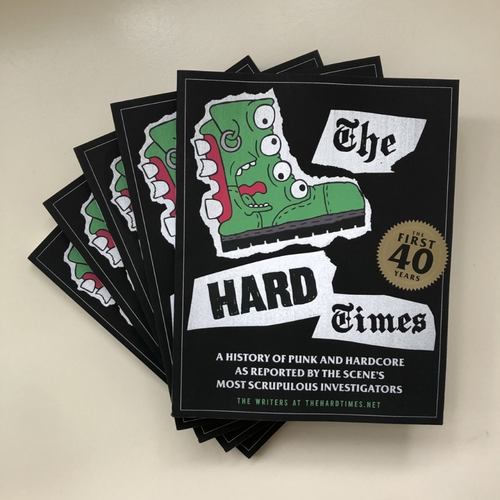 THE HARD TIMES - THE FIRST 40 YEARS

BY MATT SAINCOME, BILL CONWAY, KRISSY HOWARD “250 pages of non-stop LOLs…[with] spot-on pieces satirizing the punk, hardcore, and indie worlds with a consistency that rivals The Onion in its prime.” –Pitchfork, Best Music Books of 2019 Matt Saincome, Bill Conway, and Krissy Howard—the ringleaders of the satirical site The Hard Times—weren’t even born when punk started. But their new book, The Hard Times: The First 40 Years, imagines a world in which the trio grew up in the first decades of punk, a world in which The Hard Times was not a website but a zine whose pages reeked of pot, that would become more revered than Rolling Stone. In the book, the trio dons new personalities with the ease of putting on a well-worn vegan leather jacket. Saincome is cowardly but ambitious, with dreams of building the Hard Times empire to heights that would make nineteenth-century Britain jealous. Conway is illiterate and prone to getting his ass kicked. Repeatedly. And Howard is somehow the most stable of the three, and saves the day. Repeatedly. (Howard was adamant that she be the hero or she would not help edit the book.) These three characters guide readers through the history of punk, from the 1970s until now, one headline at a time. 100% AUTHENTIC PRAISE FOR THE HARD TIMES: “Is this that meme page from Instagram?” —Dave Grohl, lead vocalist, Foo Fighters “Ronald Reagan and his band of merry billionaires set the stage for a corrupt world that puts profits over people. Oh, how they promised the citizens of this country that trickle-down economics would be a boon to the working class, when the only trickle we got was in the form of piss being rained down on us from the . . . [cut for length]” —Jello Biafra, frontman, Jello Biafra and the Guantanamo School of Medicine, former frontman, Dead Kennedys “No.” —Henry Rollins, author, actor, vocalist, talking head “I’ve never read The Hard Times, but I will definitely check it out sometime.” —Debbie Harry, lead vocalist, Blondie NOTHING - Downward Years To Come 12" 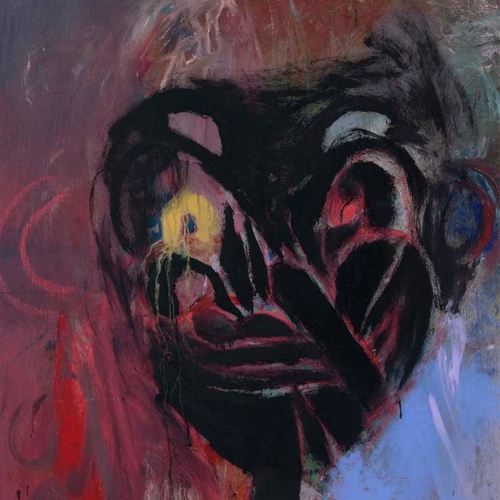