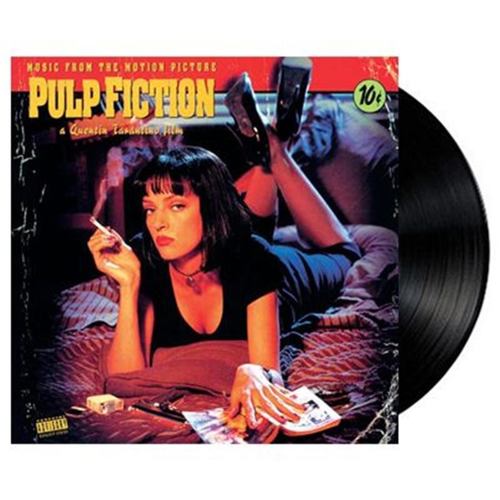 The soundtrack to Quentin Tarantino's darkly funny crime classic Pulp Fiction manages to re-create the film's wildly careening sense of style, violence, and humor by concentrating on the surf music that comprises the bulk of the movie's incidental music and adding a few sexy oldies integral to the film's story ("Let's Stay Together," "Son of a Preacher Man," "You Never Can Tell"). Of course, the inclusion of dialogue and Urge Overkill's seductive cover of Neil Diamond's "Girl, You'll Be a Woman Soon" doesn't hurt either. Containing staples from Surf, Funk, Rock N' Roll, Soul, Country, Alternative, Pop and soundbites from the film this crossover platter is very much like a Tarantino flick - wild, tacky, eclectic, fun and none too substantial. More than 25 years on, the spicy and delectable platter carries the memories of a fun and better time. A "Royale with cheese".